Tech Zity presents an infrastructure for success and development plans 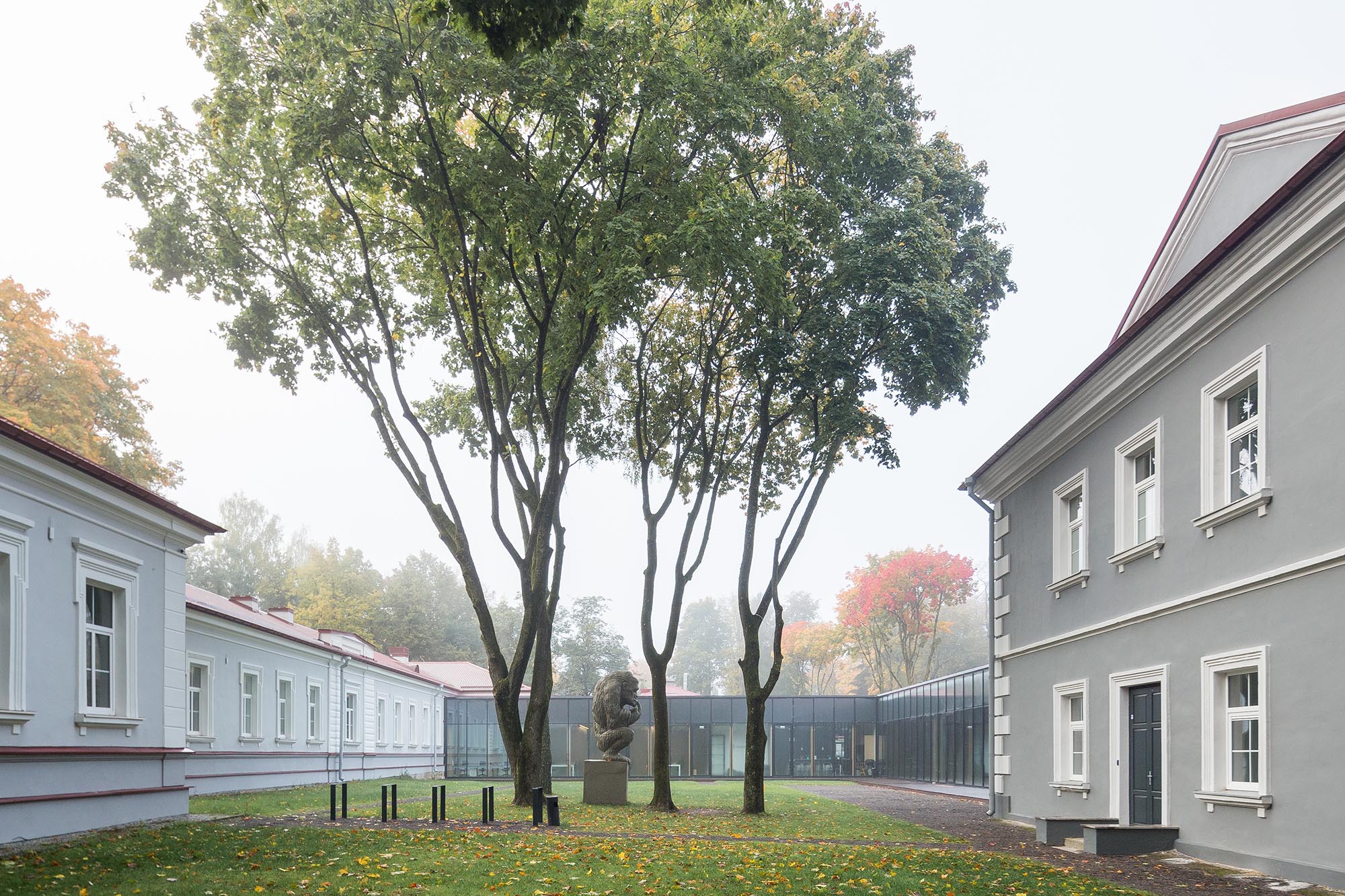 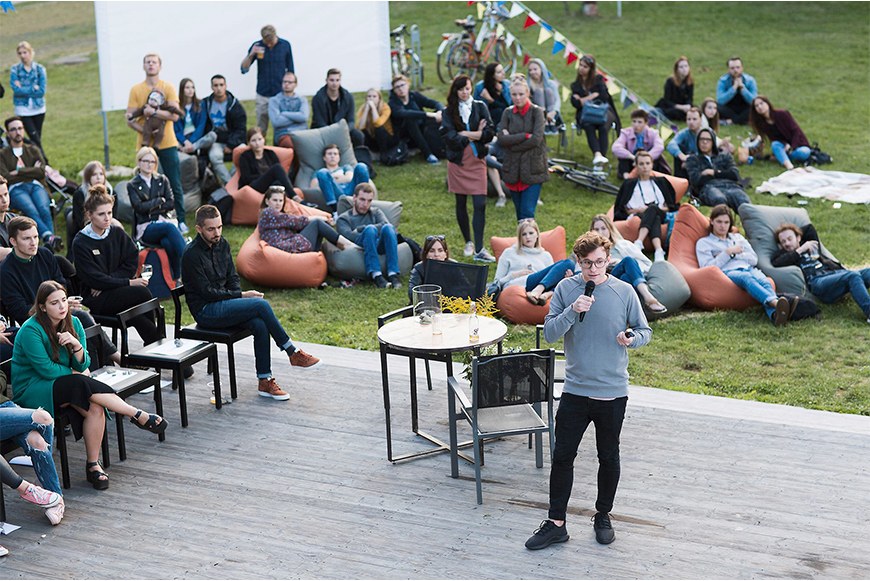 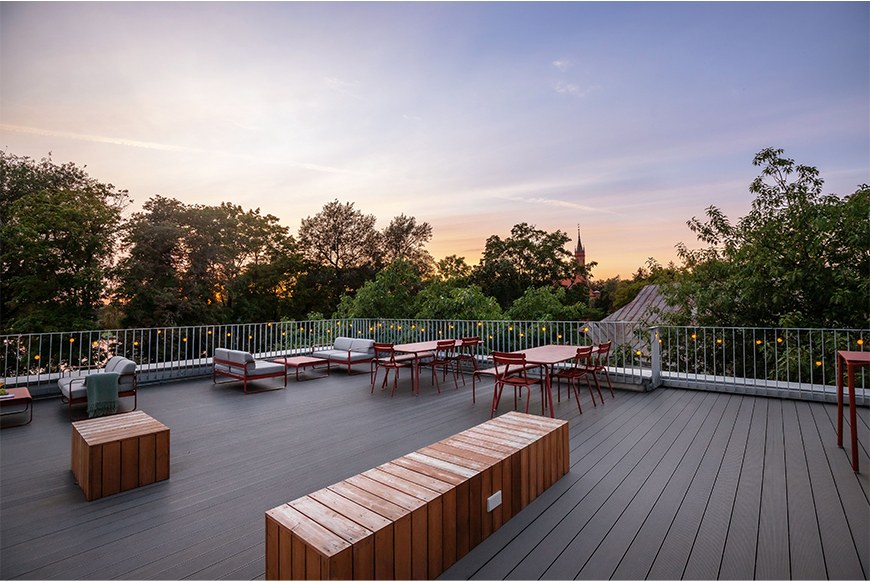 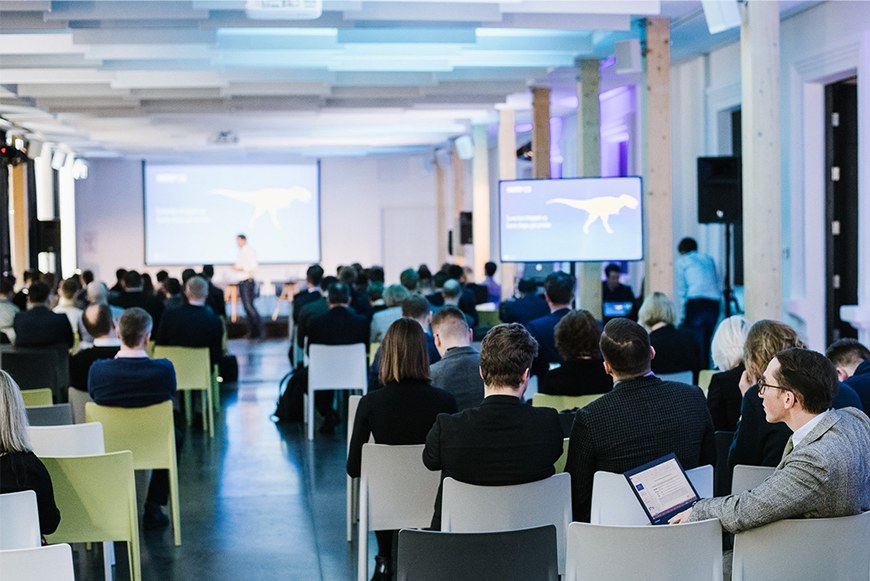 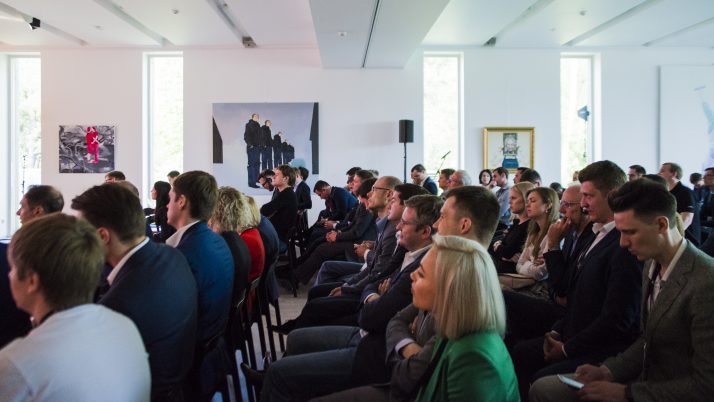 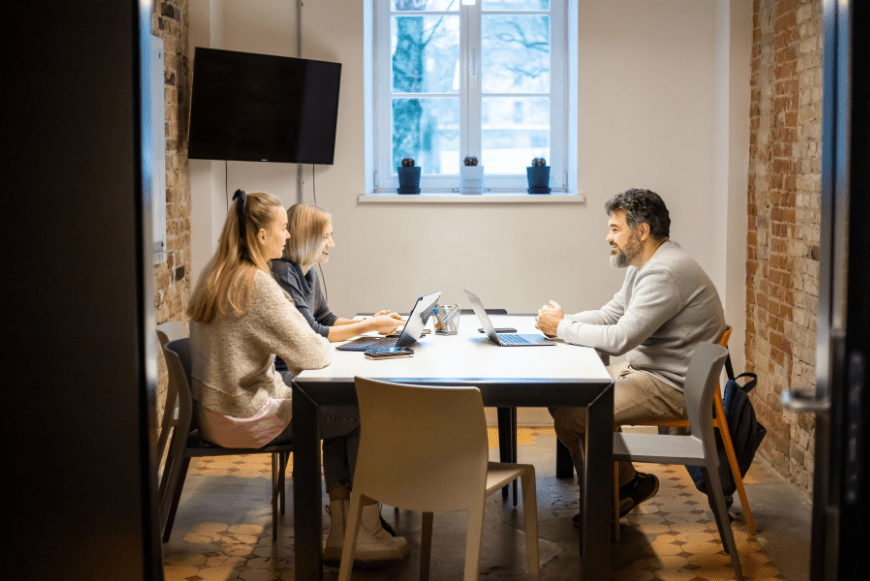 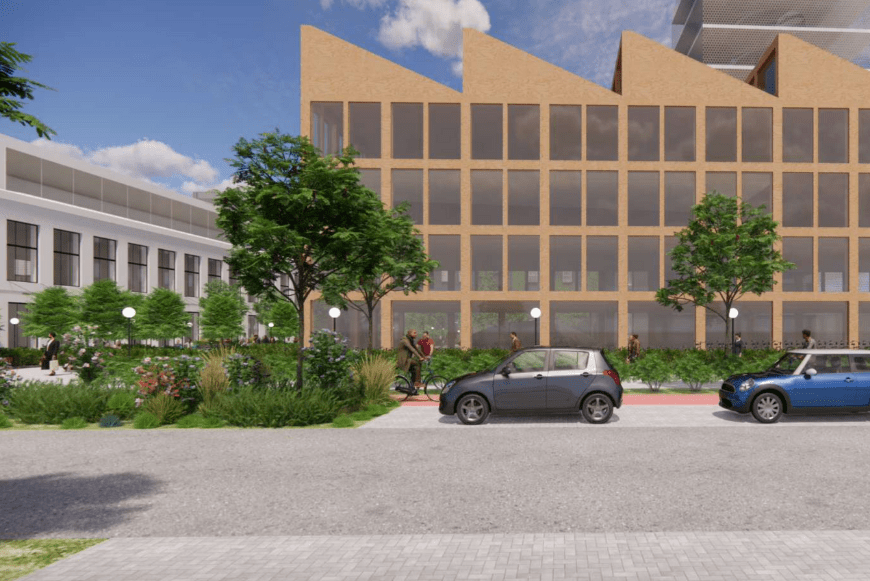 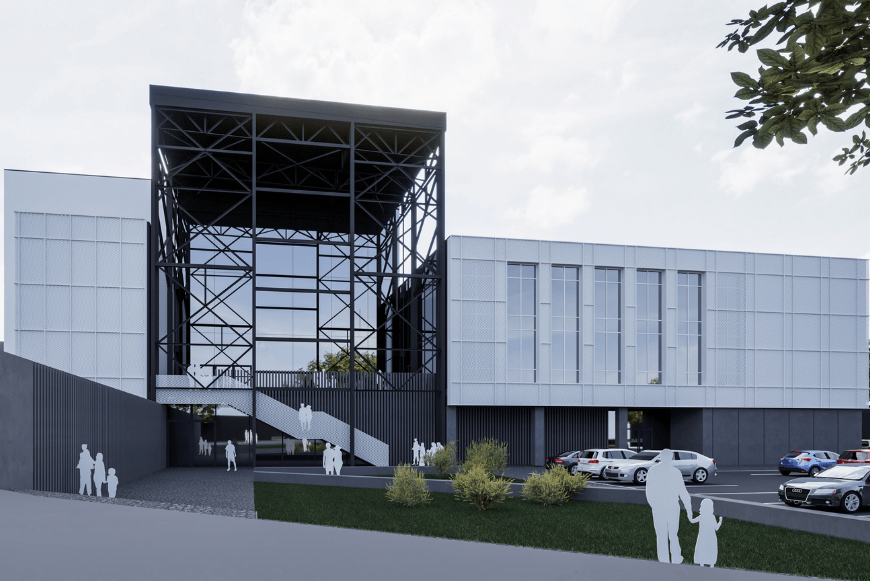 “Infrastructure for success”  is the slogan  featured at  market introduction and official launch of the new platform Tch Zity on November 16,  bringing together a community of freely hired specialists, innovative companies, and start-ups. While developing success infrastructure, Tech Zity will unite two previously operating spaces in Vilnius – Pakrantė   (Tech Arts) and Vilnius Tech Park  (Tech Park), plus the Naujamiestis-based space Tech Loft and Tech Spa which is already being developed in the Druskininkai resort and is due to open its doors in the first quarter of 2021.  Tech Zity is a project by entrepreneur Darius Žakaitis, with the project so far drawing over 11 million euros in investment, and there are plans for expansion into other Lithuanian cities later on.
‘Infrastructure for success’ isn’t just an advertising slogan, because the unique and exclusive nature of Tech Zity revolves around how the platform is suited for both brand new start-ups wanting to rent a desk, and for established companies. Flexibility is one of the platform’s fundamental offerings because an individual member using the services will receive the right to choose any of the Tech Zity locations every day for their work. It is simple to choose your location, rent out a meeting room, and in the future even order services in the upcoming Tech Spa in Druskininkai. All that will be needed is a few presses of a button in a special app that all Tech Zity members receive access to.
“‘Infrastructure for success’ is comprised of numerous components, which open various new offers and opportunities for the community itself. The flexibility of the Tech Zity platform, which is offered by various locations, the convenience and architecture of the spaces being developed; the size of the start-up community; the  development of new projects; these are the main features of this infrastructure. We set ourselves the goal of building a foundation for success of our members, to create opportunities for them to exchange ideas, and to create together and cooperate in developing projects. We ourselves make use of the spaces we are creating, we are constantly next to and work alongside the community, and so we understand precisely what they need the most. We make use of this knowledge in creating new spaces,” says Tech Zity founder Darius Žakaitis.
According to the platform’s founder, Tech Zity’s plans are exclusively aimed at the community members club for the foreseeable future. And as remote work and flexibility are now relevant as ever before, the Druskininkai Tech Spa project will allow the community to match effective work and quality leisure in a single location as a direct response to the community’s needs. Here, members will be able to work in a special co-working space, stay in various hotel rooms, visit with their families or colleagues, and make use of special offers in Druskininkai. The same building will host a cafe and restaurant, and a vast yard landscaped over the summer will become an excellent outdoor recreation zone.
Another project, Tech Café, will be established in Sapiegos Park. Here, we plan a slightly different working-from-home café which will be available for use only to Tech Zity members, which will mean enjoying coffee in a cosy environment while working productively as long as you want.
“We  know how uncomfortable it can be when you start feeling guilty for taking up a table in a café while working, so we would like to create a space where it will be cosy and comfortable to sit down with your computer,” D. Žakaitis states.
“All of this is due to be implemented in the near future, as Tech Zity’s development plans currently revolve around the other major cities in Lithuania. It must be noted it is an amazing coincidence that exactly four  years ago on 2016 November 16, we opened Vilnius Tech Park and today, we can present what grew out of it all: Tech Zity.  This project’s foundation is our strong community which is our greatest treasure, and for whom we are creating this infrastructure. This year might have separated us a little, but I hope that after this period passes, our community will remain close-knit goal-oriented, and open to novelties just as before,” the founder concludes.
About the Tech Zity project:

The Tech spaces group under the Tech Zity banner is a project which has developed over nearly a decade. The project Pakrantė opened in 2013 as an art and creative industry-oriented space in Valakampiai. Later, the Vilnius Tech Park project, which to this day is held as the largest information and communications technology spaces in the Baltic and Northern countries, was one of the first locations to open in the capital that offered coworking spaces and brought a different attitude to workspaces in Lithuania.

This space was an excellent success story, inspiring to create and foster not only the space itself, but also developing innovative infrastructure in both the capital and beyond. In 2020, despite the global challenges that have emerged, the Tech Loft space began operations and with its coworking space combined with the space in Tech Park, already occupies most of the Vilnius coworking market (28 per cent) according to a CBRE Baltic study. 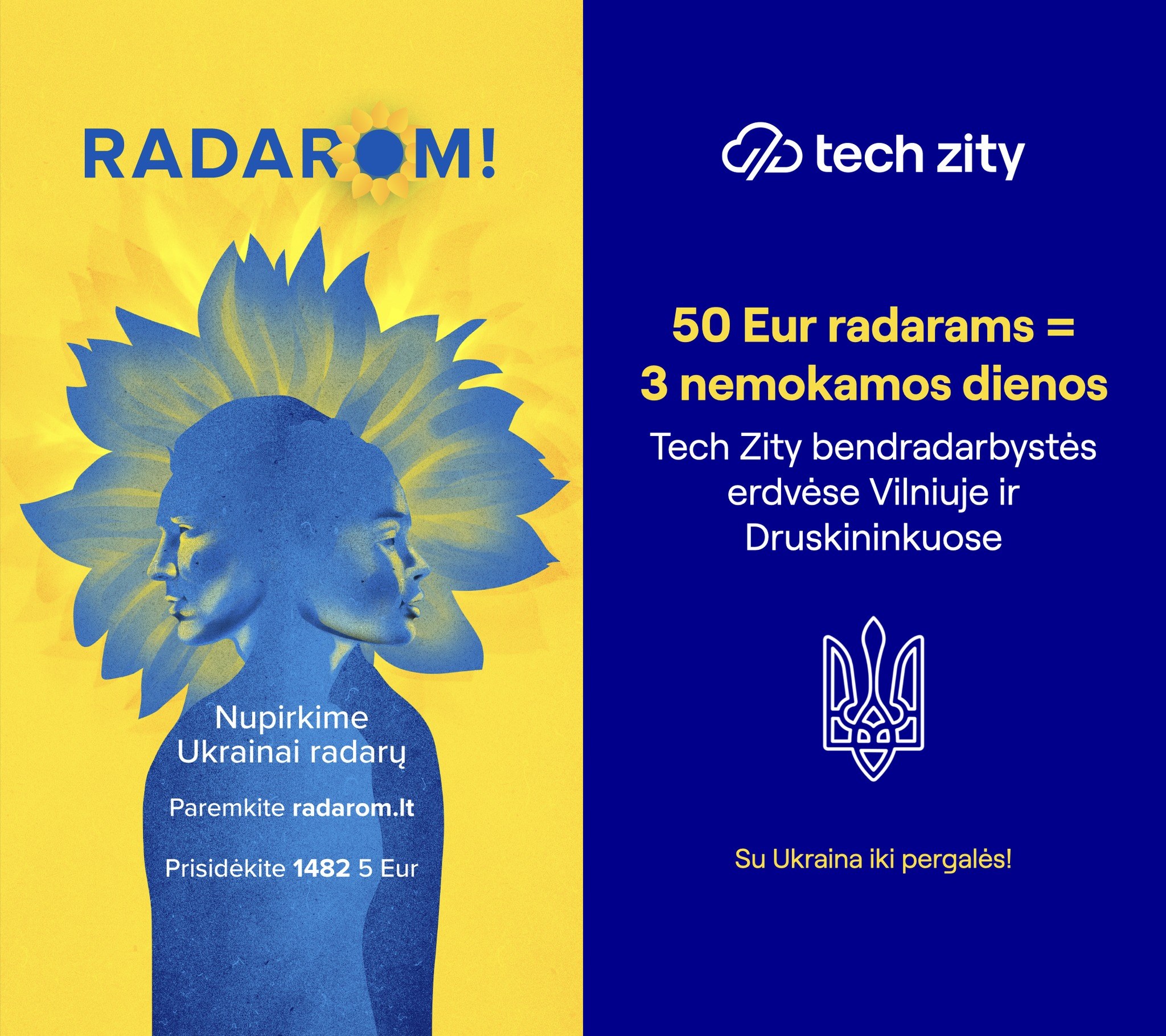 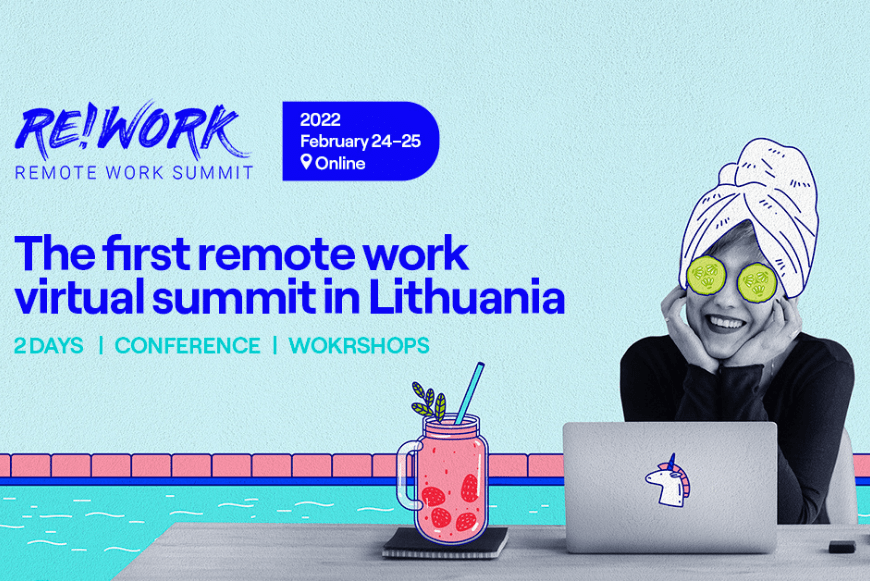 What’s Next for Remote Work
With the rapid popularity of remote work around the world, including in Lithuania, the culture of such work is increasingly becoming the focu... 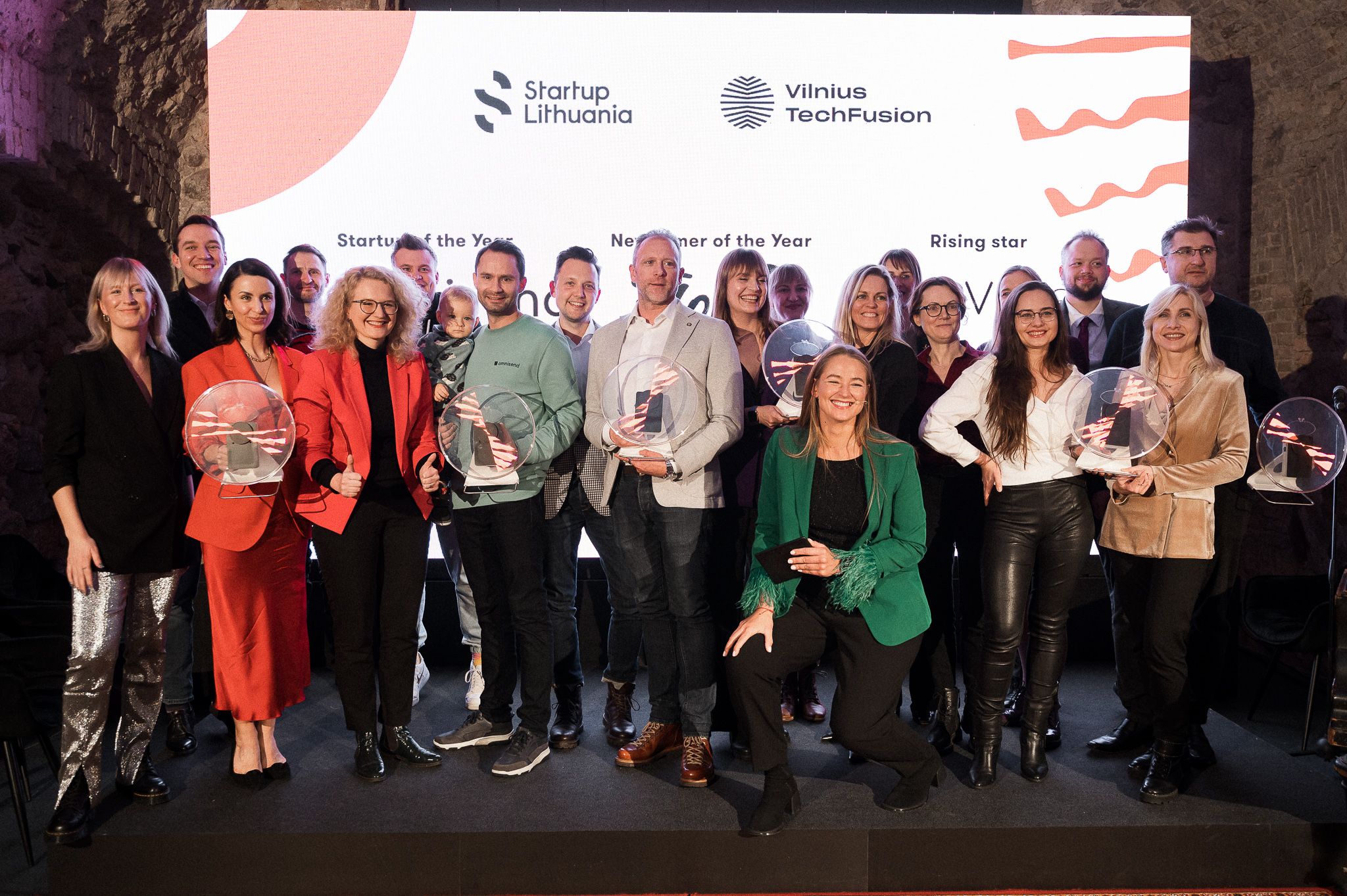 Tech Zity members’ success at Vilnius TechFusion Startup Awards
Vilnius TechFusion together with Startup Lithuania, capped of the year with an all-out party in the underground offices of a prominent local sta... 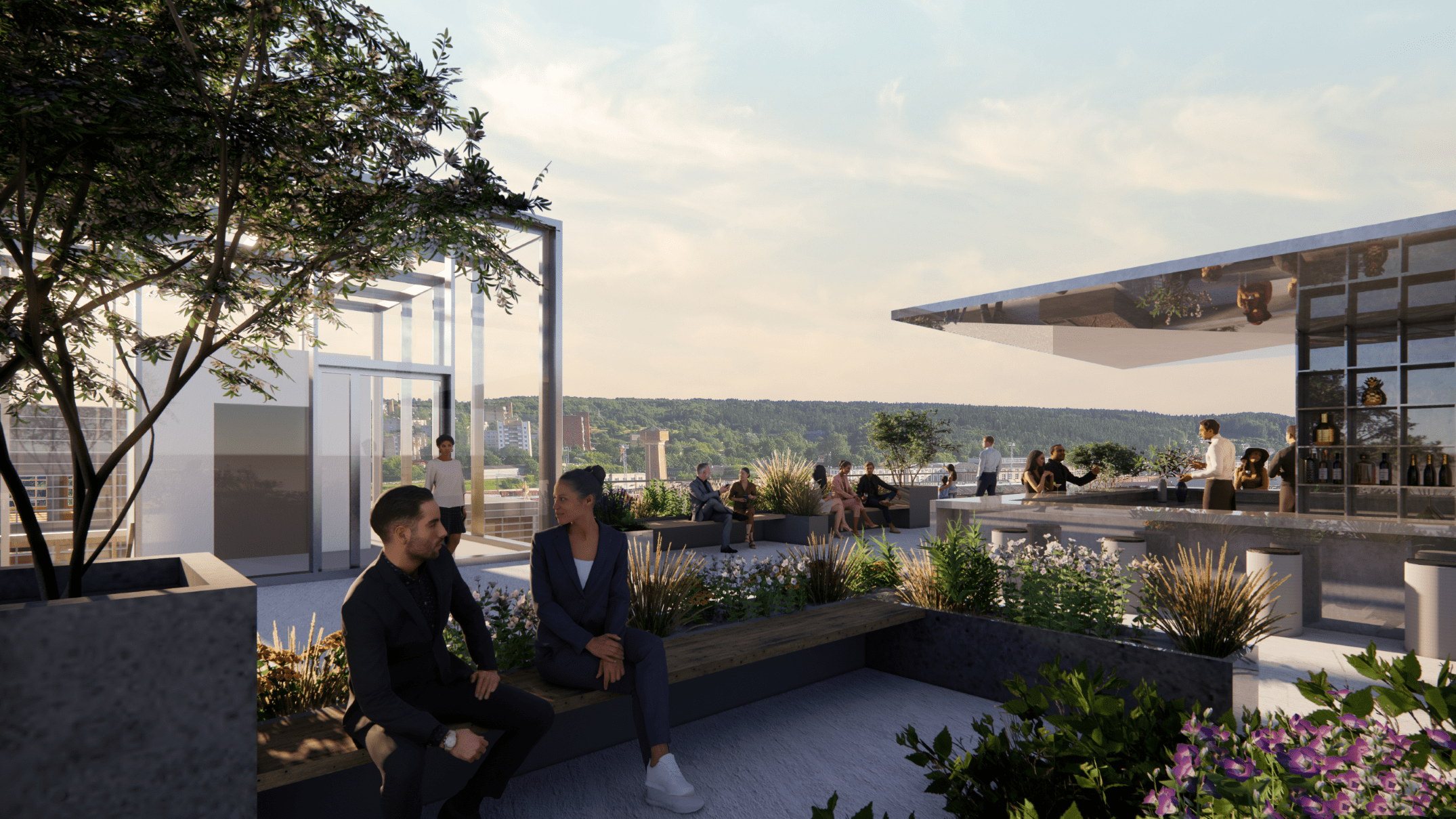 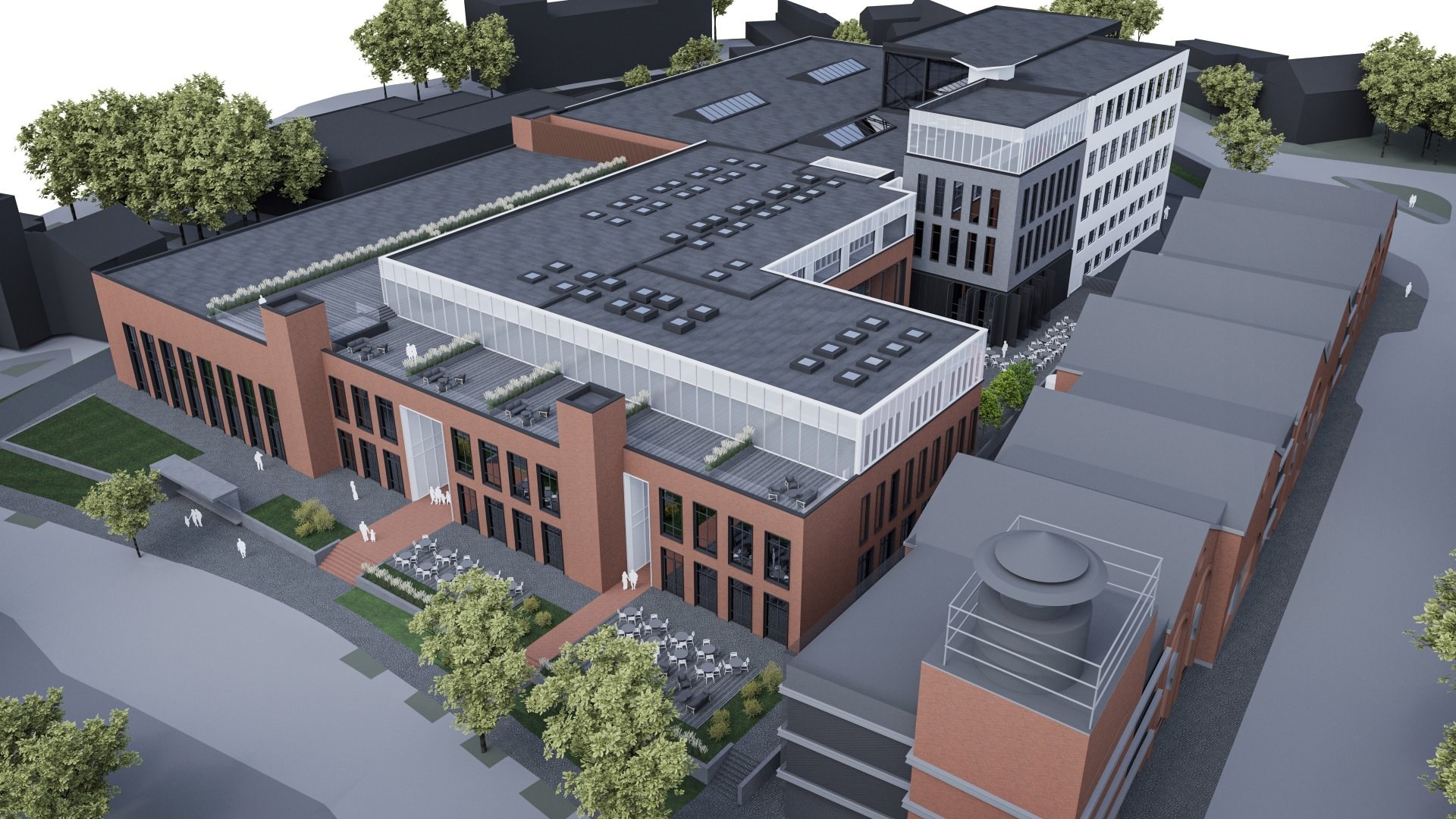 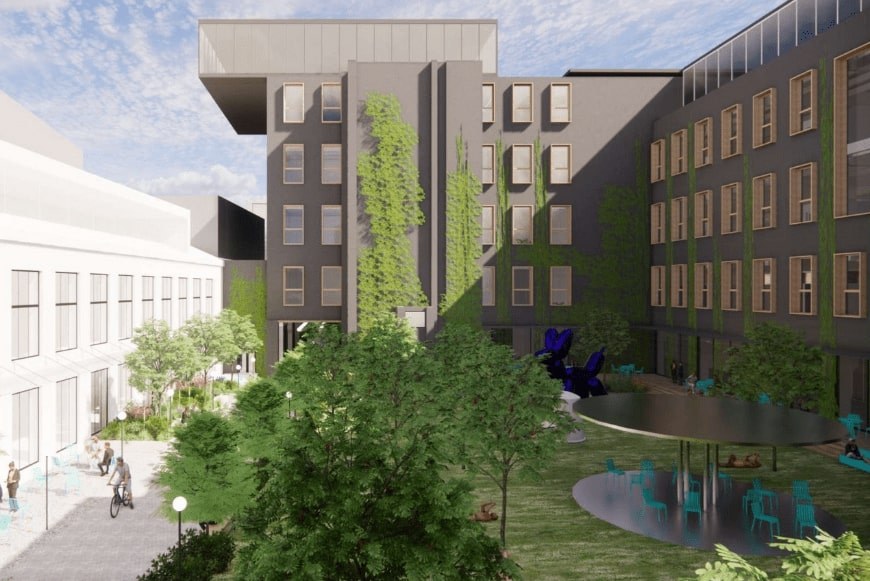 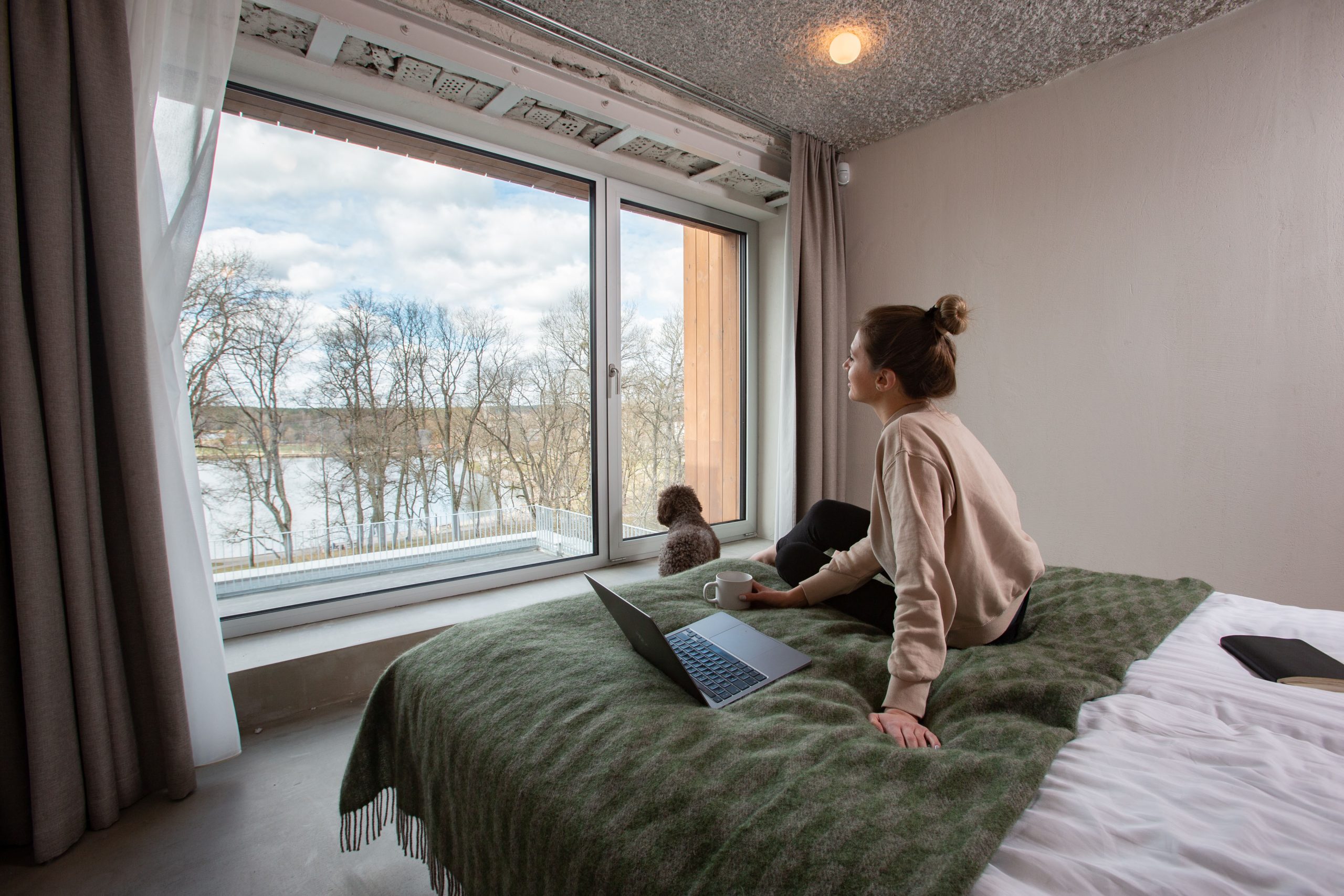 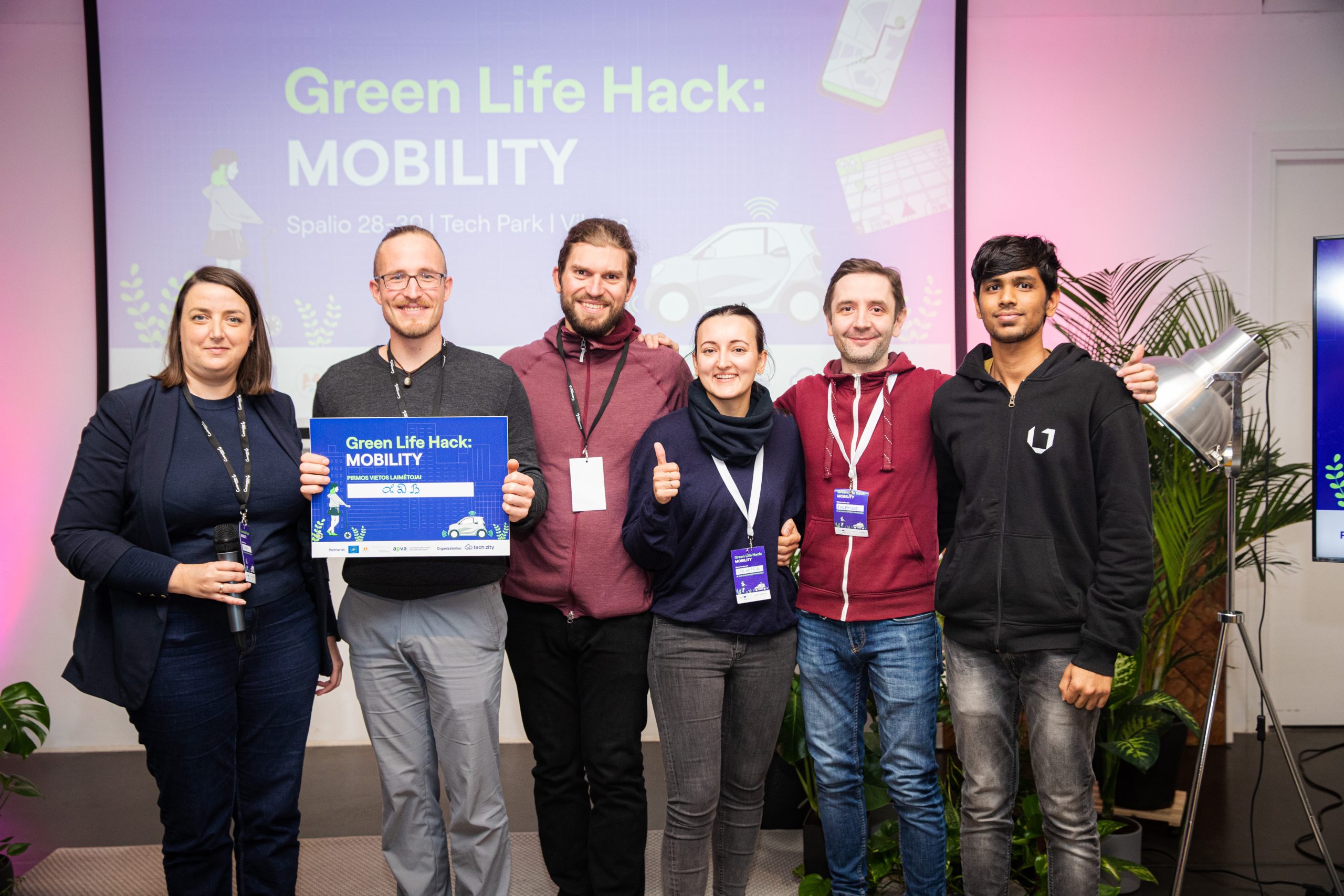